You are here: Home > Montessori School: About Us 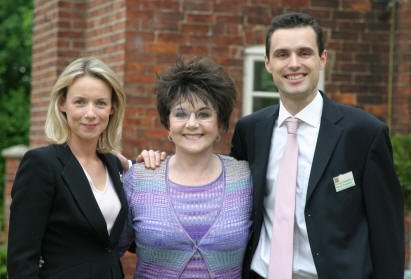 “Being Staunton Montessori’s honorary patron is one of the greatest pleasures of my life…I would lay myself across the threshold to get my children into this school. Local parents are very lucky to have a school like Staunton Montessori.” (Miriam’s Centenary speech 2007).
Doctor, dermatologist and a Fellow of the Royal College of Physicians, Dr Miriam Stoppard is the UK’s best known expert on pregnancy and birth. She has been at the forefront of the revolution in health information since she began her writing and broadcasting career in the early 1970s. Since that time she has become well known to millions all over the world as a leading authority on parenting, baby and child care. Dr Miriam Stoppard visits the Staunton Montessori School annually and is a key advisor to Robert and Adrienne Staunton.

Miriam Stoppard said: “I have always been a strong advocate of the ethos at Staunton Montessori and since becoming the Honorary Patron in 2005, I have loved seeing how the setting has flourished, offering an ever wider range of facilities and opportunities. They maintain the most outstanding standards in childcare as one parent wrote in a letter I saw:

‘(Staunton Montessori School’s)… entire approach to children is wonderful. (There is)… so much to keep them enthused and to develop them as individuals. We could not have wished for more'”

Miriam went on to say, “I’m so glad that as well as parents recognising the achievements of Staunton Montessori, Ofsted also judged the setting as outstanding in every single area!”

Robert Staunton is Head of the Montessori School & Tutorial Centre. He obtained his Social Science Masters degree from Edinburgh University and his specialist research area was the rehabilitation and education of street children in Asia. He went on to take his Post-Graduate Certificate in Education at Cambridge University. He is also a Royal School of Arts qualified English Language teacher. Robert has worked in schools and colleges in Cambridge and also taught in a leading Nottingham Special School. Robert is Emeritus Vice-Chair of the Montessori Schools Association in the region and lectures on Montessori Education at University level. He has overseen the development of Staunton Montessori  becoming a Teaching Practice Centre for Montessori Centre International. He also trained at Northampton University with Professor Denise Hevey, to obtain the postgraduate qualification of Early Years Professional Status (EYPS).

Robert has worked with Northampton University’s Department of Education, mentoring and assessing post-graduates taking their EYPS. He is Emeritus Vice-Chair and elected member of the Nottinghamshire Early Years Consultation Group, which is a body set up by the Local Education Authority to deliver better outcomes for children in the county. Robert has also been an elected Vice-Chair of Governors at Orston County Primary School, which is one of the top primary schools in the UK.

The Staunton Tutorial Centre offers private tuition in the following range of subjects: 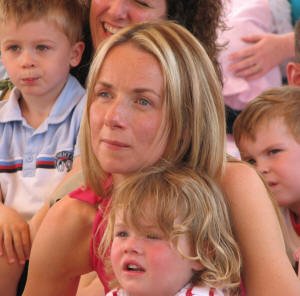 Adrienne took her Montessori Diploma in Education at the Montessori St Nicholas Centre in London. She also took a Foundation Certificate in Fine Art at Chelsea College of Art and Design. Adrienne has worked in some of the UK’s leading Montessori schools including St Christopher’s, Letchworth; Iverna Gardens, Kensington; and New World, Newmarket. As well as this extensive experience in Montessori education, Adrienne has also taught in the Pre-prep department of Wellow House Independent School in Newark and worked as a Play Specialist in the QEII Hospital in Welwyn. Adrienne & Robert have two children who have attended the school.

For more about Robert & Adrienne please see the articles:
“There will Always be an England” and “A Very English Scene“

Feedback from a Parents:

“The staff are amazing and show such genuine care and love to all of the children, which I can’t imagine finding anywhere else. They make nursery time so much fun and I know that Louis will miss them all (as will I) as he talks about them at home.”

“We’re so happy with our son’s progress and amazed by the detail of care and attention he receives each day. Adie and Vicky have been especially amazing this term. It is well above and beyond what we ever expected his nursery years to be like, but he is indeed thriving, and we’re so excited for September. “ 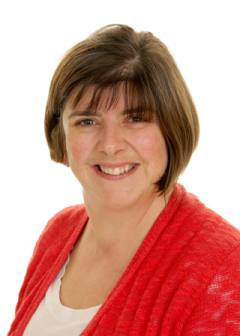 Susan is an experienced teacher with a Bachelors Degree in Primary Education at Honours Level.

As well as her work in education, she has worked in business as a Retail Consultant and in Human Resources for a software company. Susan used to work as a Supply Teacher for the agency Supply Desk and is also a loyal supporter of Chuter Ede Primary School in Newark, which her daughter attends. Susan has taught at Staunton Montessori School since 2006 and is currently undertaking her Post-Graduate Certification in Early Years Professional Status (EYPS). Susan is also a Mentor to other Early Years practitioners and is Head of the curriculum area ‘Problem Solving, Reasoning and Numeracy (PRSN)’ as well as being Head of Afternoon Care. 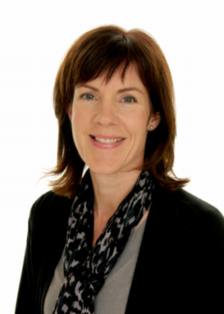 Hilary is the Secretary of Staunton Montessori School and amongst other things handles the Local Education Authority entitlement funding for 3 & 4 year olds, the accounts and the Gross Pay Scheme offered by agents such as Busy Bees and Care4. Hilary has a background in Accountancy and Marketing with a First Class Honours Degree in Psychology. She has had a long-standing involvement with the school, having been a parent here from 2002-2004 and is a dedicated Montessori fan. She also worked with the children in the school for a year and therefore has an excellent background understanding of how our Montessori school operates. She joined the team in 2005. 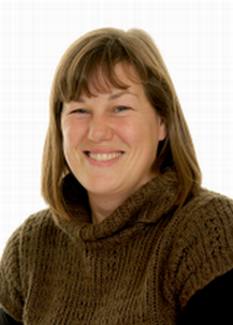 Marella is Head of the Green Apples (1+ group) and has a Certificate in Early Years from the Open University as well as NVQ 2 and 3 in Childcare and Education. She joined Staunton Montessori School in 2009 and came from a leading Nottinghamshire Day Nursery where she was Deputy Manager.

Marella is responsible for the planning and delivery of the Early Years Foundation Stage for our younger members of the nursery school and she works closely with parents to ensure positive transitions for toddlers into the setting and into the Red Apple Group (3+). 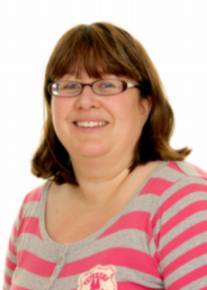 Michelle’s three daughters all attended Staunton Montessori School and she now helps out part-time with us, doing supply work. After a career as an accountant with PriceWaterhouseCoopers as a Corporate Tax Associate she took a break from professional life to be a mum. Wanting a change in direction from accountancy, Michelle became an Early Years Post-Graduate Professional in 2012.

Hilton-Bailey Childrens’ Physio  The paediatric physio is tailored to the child’s age, so for toddlers there are lots of games and singing which gets the desired results.  For teenagers, simply being aware of their life-style and school  commitments allow us to adapt the exercises to fit in their days. http://hiltonbaileychildrensphysio.co.uk/index.html

Very cute and child-friendly Phoebe is experienced in bringing joy to children of all ages. Her hobbies are eating as much as she can and jumping very small fences! Tiffany Davis trained as a professional singer and teacher at The Royal College of Music in London and offers music sessions and organises events at Staunton Montessori. Here BBC TV film for Children in Need in a Pudsey Bear Musical Extravaganza.