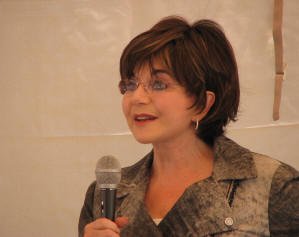 To celebrate the 100th Anniversary of the Montessori Movement and the beginning of the National Montessori Week, Staunton Montessori School hosted a Garden Party on 9th June attended by the school’s Honorary Patron Dr. Miriam Stoppard and her son, actor Ed Stoppard. Dr Stoppard, a television presenter, Mirror columnist and celebrity doctor, is one of the world’s greatest champions of the Montessori cause.

Gorgeous weather greeted the school’s honorary patron as children’s entertainer Geoffrey Jumper generated much laughter and happiness with his singing and magic show. Music from ‘Jazz Café’ played throughout the day, which gave the event a carnival atmosphere. After the family picnic in the school grounds, there were speeches from Head Teacher Mr Robert Staunton and Dr Stoppard. 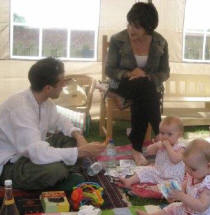 Mr Staunton said in his Centenary speech, “The centenary of Montessori is really significant globally and for us in England. There are 22,000 Montessori schools worldwide and 750 across the UK. The first Montessori school, called the Casa dei Bambini, started in January 1907 in the San Lorenzo district of Rome and it changed a whole community – lifting its morale. Within six months royalty had visited the school. What followed was a rapid international expansion. And now here we are in rural Nottinghamshire celebrating Montessori and childhood.”

Mr Staunton went on to compare Dr Miriam Stoppard with Dr Maria Montessori, saying that they are both revolutionaries in their fields. 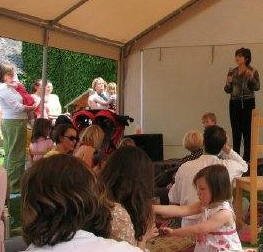 Mr Staunton also compared Dr Maria and Dr Miriam in terms of their incredible scholarship, their talent for having reached so many people and indeed their genuine love of children. Dr Miriam has sold over 20 million books worldwide.

Dr Miriam Stoppard said, speaking about Staunton Montessori School,
“I’d lie across the threshold to get my children into this school. Local parents are very lucky to have a school like this.”

Dr Stoppard also cited scientific evidence that shows the effectiveness of the Montessori Method in nursery age children. She discussed the importance of following the child’s lead in both parenting and in education, and continued to advocate Montessori and child-centred schooling. 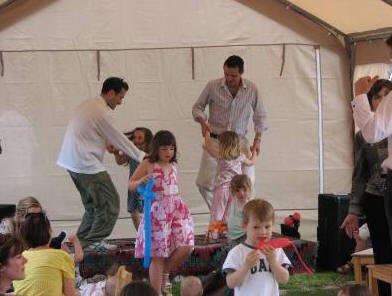 The event was attended by about 100 people and was widely covered in the local press. (click to view) Dr Stoppard, who stayed on to attend the Christening of Robert & Adrienne Staunton’s children, wrote saying:

“Thank you for the time of my life. It is a great honour to be involved with Montessori and particularly with Staunton Montessori. You give me hope for the future.”

Ed Stoppard left his stay with the Stauntons directly to join the cast of the forthcoming period drama movie adaptation of ‘Brideshead Revisited’, in which he co-stars with Emma Thompson. Ed said that he loved his visit to Staunton Montessori and hoped that the Montessori Movement would thrive for many centuries to come.

Mr Staunton said, “The late Dr Maria Montessori lives on in her 22,000 schools and most importantly in the children, who continue to flourish.” 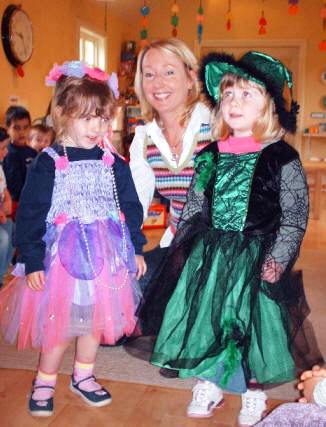 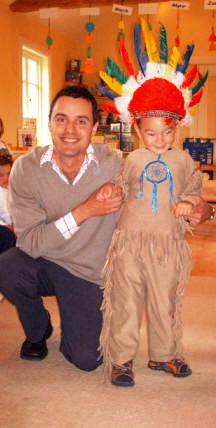 Kids Dressing Up in Style! In 2007 style consultant and Montessori teacher Mrs Angela Sutton organised a series of fashion show events giving the children a chance to experiment with wild and wonderful clothing, as well as building catwalk and stage confidence. 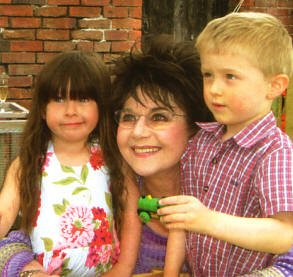 The opening event included inauguration speeches and presentations, with drama by the children. Champagne and canapés followed. The event was attended by many local parents and dignitaries.
The Opening Event took place in the charming and historic village of Staunton-in-the Vale, near Nottingham, home to the Staunton family since the 11th century.

Staunton Montessori School hosts two events for the children and their families each year. In December Father Christmas visits, arriving on a horse-drawn sleigh, bringing presents for each child. Parents enjoy the festive atmosphere. 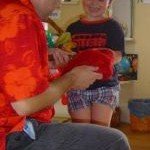 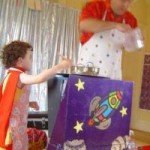 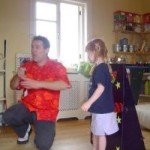 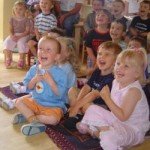 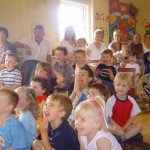 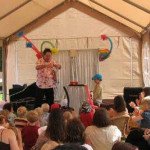 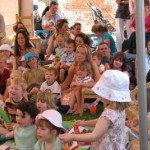 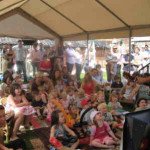 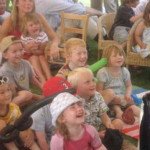 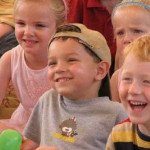